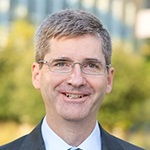 Upon graduating from Texas A&M University with a degree in accounting, Mike continued his education by earning marks as a Certified Public Accountant and Certified Financial Planner.  After practicing in public accounting for 12 years, Mike founded Vogel Financial Advisors (not a CPA firm) in 2000.  Mike's areas of expertise include portfolio design, investment management, tax planning, insurance analysis, retirement planning, and estate planning.

Mike is proud to have been consistently named by his peers and recognized by D Magazine as both one of "The Best Financial Planners," as well as a "Top Wealth Manager".  He has also been recognized as a "Five Star Wealth Manager" by Texas Monthly. In 2006, he was ranked 6th in the Aggie 100 - a program which recognizes the 100 fastest-growing Aggie-led businesses in the world.

Mike is frequently interviewed and has appeared in numerous media including The Wall Street Journal, The Washington Post, The Journal of Financial Planning, NBC News, KLIF, Investment News, American Way Magazine, The Bureau of National Affairs, and Consumer Reports.

Outside the office, Mike and his wife Mary enjoy traveling, and serving together in their church.